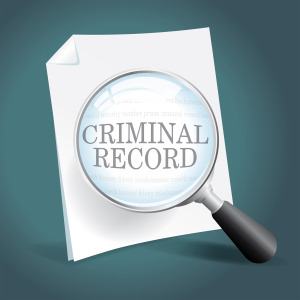 Can Criminal Convictions Be Expunged?

Currently, no. In Alabama only arrest records for criminal charges other than non-violent felonies that were either: no billed by the Grand Jury), where after a trial the person was found “Not Guilty” (a.k.a acquitted), or the charge was dismissed with or without prejudice are eligible to be expunged.

What Types Arrest Records Can Be Expunged in Alabama?

Are There Restrictions On Cases Dismissed WITHOUT Prejudice?

If your arrest was for a non-violent felony in Alabama and ninety (90) days have passed from the date of dismissal WITH prejudice, no-bill, acquittal, or nolle prosequi and the charge has not been refiled.

Is My Case Eligible If It Was Dismissed After I Successfully Completed a Drug Court or Deferred Prosecution Program?

Are There Any Special Restrictions On a Felony Case Expungement?

Arrest records for violent felony charges may ONLY be expunged under the current Alabama Expungement law if you were found “not guilty” (at a bench or jury trial). The crimes in the State of Alabama that are classified as a “Violent Felony” are listed here.

Which Court In Alabama Will My Petition For Expungement Be Filed?

The Expungement Petition is filed with the Circuit Court of the county where the arrest for the charge seeking to be expunged was filed.

Is There a Period of Time I Need to Wait For Non-Violent Felony Cases Which Were Dismissed WITHOUT Prejudice?

The Alabama Expungement Law requires a mandatory five (5) year waiting period if your case was dismissed WITHOUT prejudice from your dismissal date, having not been convicted of any other criminal offense (except for minor traffic offenses) and the charges cannot have been refilled, only then can you Petition for an Expungement.

Is There a Period of Time I Need to Wait For Non-Violent Felony Cases Dismissed WITH Prejudice?

Under the new Alabama Expungement Law, there is a mandatory ninety (90) days wait time when the
case is a non-violent felony that has been dismissed WITH prejudice,  no-bill, acquittal, or nolle prosequi and the charge has not been refiled, before you may file a Petition for Expungement.

What Must Be Included In My Petition for Expungement?

In Alabama a Petition for Expungement shall include, among other information, the following:

(3) The expungement petition filing shall include a certified record of arrest, disposition, or the case action summary from the correct agency for the particular court record the petitioner seeks to have expunged.

(4) The filing shall also include a certified official criminal record that must be obtained from the Alabama Criminal Justice Information Center (ACJIC). The expungement petition should  state the grounds for the court to consider, and shall specify what criminal charges from the record are to be considered for expungement.

Will The Court Have a Hearing About My Expungement Petition?

The court will schedule a hearing if the alleged victim or the District Attorney files a written objection
to the Expungement Petition being granted within forty-five (45) days. Otherwise, if there is no objection filed, and the judge does not set a hearing then the judge may rule on the petition for expungement without a hearing being set.

Are There Any Factors That The Court Takes Into Consideration When
Ruling On My Expungement Petition?

There are approximately ten (10) factors the Alabama Expungement Law lays out for the judge to consider when deciding whether to grant your Petition for Expungement. The list of those factors are explained here.

If I Still Owe Cost, Fees, Restitution or Fines, Can My Record Be
Expunged?

Unless all court ordered monies have been paid in full, including court costs, restitution, fees,
fines or statuary fees, an order can not be issued expunging your arrest record.

If I Do Not Live in Alabama, Can You Represent Me In Seeking To Expunge An Arrest From Alabama?

Yes, a lawyer licensed in Alabama can assist you in seeking an expungement of your arrest record from an arrest that took place in Alabama.

Should I Hire a Lawyer To Represent Me?

The short answer is, yes, it is generally advisable to hire an attorney to assist you with the preparation and filing of your Petition for Expungement because of the technicality of the requirements in the Alabama Expungement Law that your petition must meet to be considered by the court. Our office also prepares custom portions of each petition for expungement that is unique to each client’s situation. In the event an objection is filed and your case requires a court hearing, it is also generally advisable not to represent yourself in a court hearing.