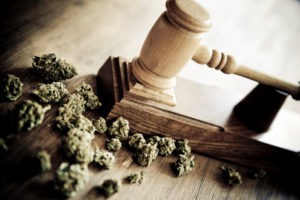 Our law office is experienced in obtaining Alabama drug charge expungements in many counties across Alabama. Thousands of people have had a prior drug charge dismissed after successfully completing a drug court program in Alabama. However, most of these people are unaware that the arrest record from that drug charge dismissal will remain on their official Alabama and FBI criminal history UNLESS they obtain an Order of Expungement from the proper court. A quick overview: in Alabama the remedy of an expungement is for certain non-convictions and the remedy of a pardon is for convictions. (More about the distinction in a prior blog post: https://www.expungementalabamalawyer.com/528/ )

We have successfully represented many people pursing professional careers in and out of the State of Alabama obtain Orders of Expungement from prior drug charge dismissals in an Alabama court. If you have previously been charged with a drug charge in Alabama and completed a drug court program to have your case dismissed – don’t let the arrest record remain on your criminal background report. If you are eligible you should retain our office to represent you through the process to have the drug charge arrest expunged in Alabama.

Lately, we have helped some clients with a more unique and unfortunate situation: they successfully completed a drug court, pretrial diversion or court referral program in a District or Circuit Court with an agreement that the case would be “Nolle Prossed” or dismissed, however the disposition was never entered in as a final order dismissing the case with the court. In these cases unfortunately the client’s case appears as still pending years later. Don’t wait to discover this after a criminal background check is obtained by a potential employer. If you are concerned that your prior drug case may still be pending with a court even though you thought it was dismissed, our Alabama Expungement Lawyers can represent you to investigate the case with the court and seek to obtain the dismissal order from the court. Then, we can file a petition for expungement at the proper time. Again, the dismissal would be a prerequisite for being eligible to petition for an expungement in Alabama.

If your prior drug charge was dismissed in Alabama and you are interested in retaining our law office to represent you in the petition for expungement process email us at Jordan@ExpungementAlabamaLawyer.com or call our office: (256) 378-6087 or (205) 924-3839.