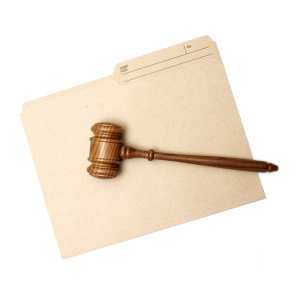 An important update to Alabama’s Expungement Law was recently signed into law and will become effective August 1, 2017. Now, a person that was found “not guilty” of ANY felony, including “violent” felonies, will be eligible to have the arrest records expunged in Alabama. This update means that if you were previously charged with a “violent” felony in Alabama (as defined by Alabama law) and were found “not guilty” after a jury trial – the arrest records from that charge are now eligible to be considered for an expungement. See Alabama Code section 15-27-2 in this link: https://www.expungementalabamalawyer.com/alabama-expungement-law/

What are “violent” felonies as defined by Alabama law? Alabama Code section 12-25-32(15) gives the list of felonies considered to be “violent” under Alabama law. See this link for the list: https://www.expungementalabamalawyer.com/arrest-records-violent-felonies-eligible-expungement-alabamas-current-expungement-law/

What the new update to Alabama’s Expungement Law does not provide is eligibility for “violent” felony arrest records to be expunged if the “violent” felony resulted in any other non-conviction disposition other than a finding of “not guilty”. This means that, according to the plain language of the statute, if a person was charged with a “violent” felony and it was “no billed” by a grand jury, or dismissed pre-trial – it would not be eligible to petition for an expungement. The Alabama Expungement statute makes clear that non-violent felonies that resulted in other forms of non-convictions are eligible for expungement.

Still, this is an important update for Alabama’s expungement law in 2017. If you previously were found “not guilty” at a jury trial of ANY felony in any Circuit Court in the State of Alabama, contact us to determine your options for potential representation for petitioning to expunge your arrest records under Alabama law. Our law office has successfully represented many clients in receiving an Order of Expungement in many counties across the State of Alabama since the first expungement law became effective in Alabama in 2014. Alabama Expungement Lawyer, Jordan M. Copeland and his office prepare customized Petitions for Expungement with the specific positive criteria allowed to be considered by the Court for each individual client. Our law office does not use fill-in-the-blank forms for your expungement petition. Our experience tells us that customized, informative petitions that give the Court positive details about the client’s life give the client an increased likelihood of success and decrease the likelihood for objections by a District Attorney.

If you are interested in retaining Alabama Expungement Lawyer, Jordan M. Copeland to represent you in through the process of petitioning to expunge your prior arrest record, contact us for more information. Email: Jordan@ExpungementAlabamaLawyer.com or call our office at: 256-378-6087 or 205-924-3839 or 251-545-3637.